Gasp. The leaning tower of... Prague? 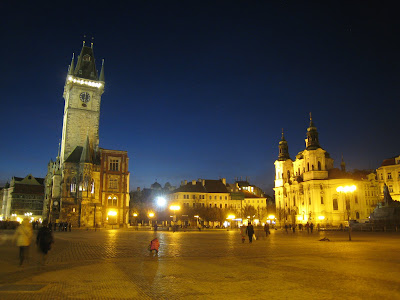 Looks pretty straight from this angle... this is the Oldtown bell tower. Notice it's almost six o'clock there. When the time came, the bell rang, then a trumpeter came out, and after he was done, he waved the city flag, very medival-like. 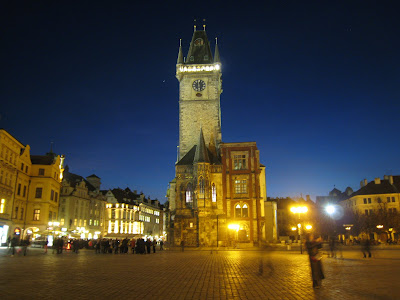 Tourists galore! And btw, it is the dead of winter... 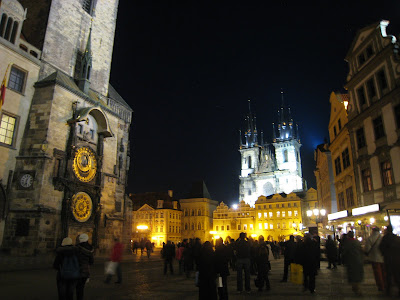 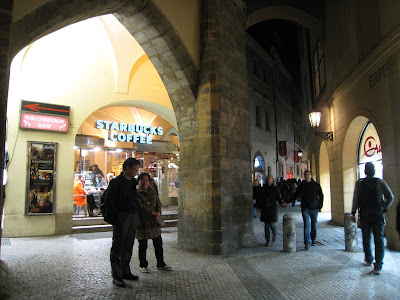 Dinner time. The hotel concierge recommended a Czech restaurant frequented by locals. We liked it so much, we went there two nights in a row. I love the presentation here. It is beef tartare with spices and condiments on the side. Don't you think it looks like a painter's palette? 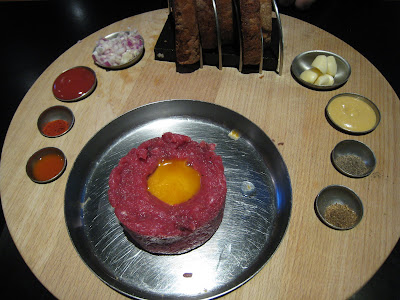 One of the most delicious salads I'd ever had... it's hard to describe but the vegetables tasted so good. They exuded freshness and had, eh, flavors, unlike the mass produced produce in the US. 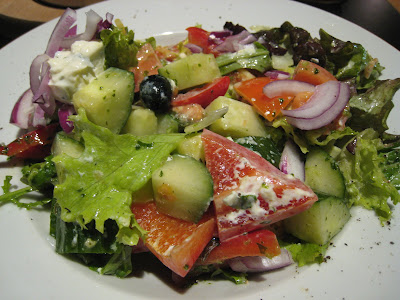 Black Pasta. I didn't order this. When my dinner companion offered it to me, I was like, sure, maybe I'll try one noodle. So I tried one, and it was so delicious. The texture was perfect. The Italians always say -- El Dente! And deep down I was always like, yeah, whatever, it's just some noodle, how good can it be. But this black pasta is delicious, it had this subtle fragrant flavor. Anyways, after I tasted one, I immediately requested another noodle, and another... and after a while I was tempted to say, why don't you have my BBQ ribs and I'll have your black pasta. So good. Major paws up. 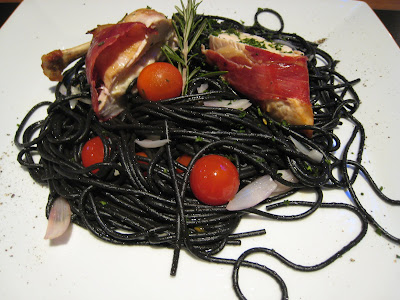 My BBQ Ribs. It was good, make no mistake, but I've had many good ribs before, so while I nibbled on the ribs, nom nom nom, I passed longing glances at the black pasta... still craving it now. 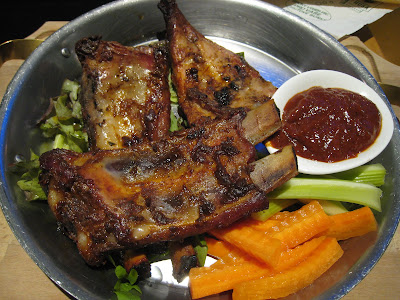 You always make everything look so good.

Was it squid ink pasta? When it's done right that's deeeeeeelicious! ~P

I think it was but we got the tourist menu so all it said was "black pasta." It was sooo good. When we went back a second time, i ordered the dish. So delicious.