Wakasan Restaurant: I like the rustic interior, matches the type of food they serve perfectly... Cat's imagination in over-active drive again -- once upon a time, there was a Geisha named Meowko. She liked to eat, and Wakasan was her favorite hang out place where she would wink at cute samurais... kekeke. 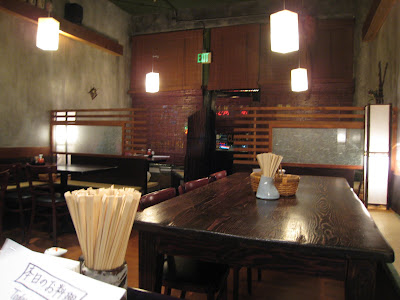 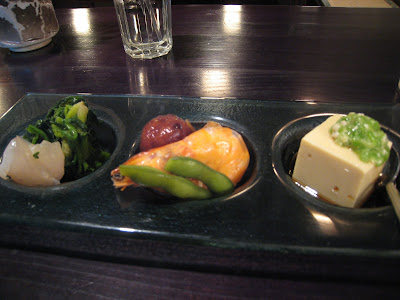 Second course: sashimi. I loved the tuna sashimi, so much better than what's sold in supermarkets. This one is rich and buttery (and not toxically looking red), mmmm. 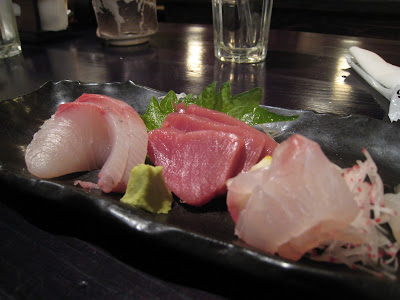 Toro tartare and crab meat tartare on a bed of crispy rice. 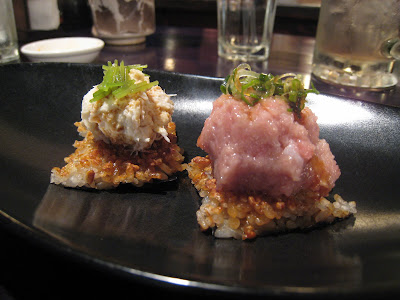 I forgot which kind of fish this was, but it was really yummy. 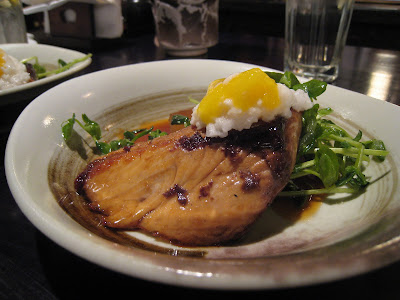 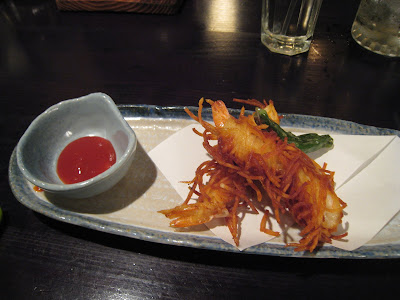 We had a choice between steak and duck shabu shabu as our main entree course, so we chose one of each... 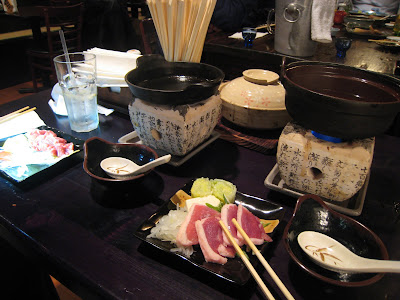 The shabu shabu was so good... they even controlled the fire so that you wouldn't overcook. The broth, I could drink like a huge bowl of that... and the duck meat was so tender. 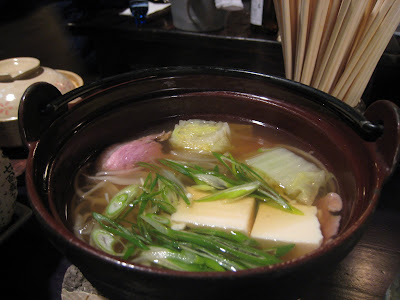 Steak... pretty color huh? I don't know what they did with the asparagus, but it was so watery and tender. 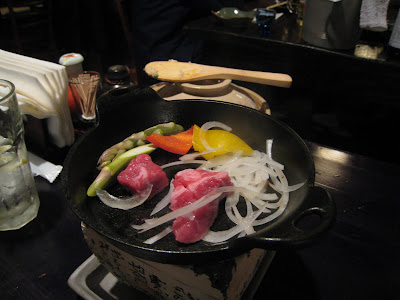 While we had the steak and shabu shabu, our rice dish was cooking away... 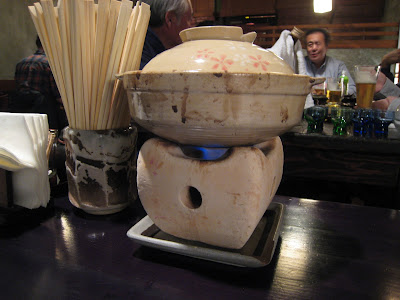 So pretty ... not a huge fan of salmon roe though, but I know they are good for me. 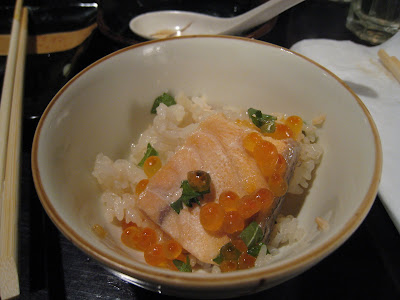 Yay, such a refreshing palate cleanser... I swear I've had this kind of yogurty dessert somewhere, maybe during my layover at Narita Airport? 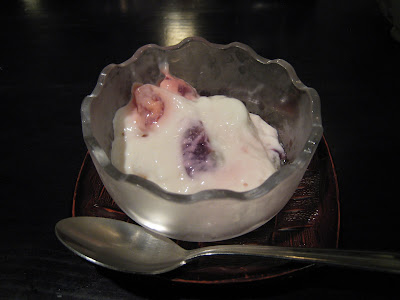 What would Nemo say if he saw that? You're eating his friends!!!!