Dear members of the gay and lesbian community of Los Angeles:

When I walked up to the two lovely gentlemen to mingle, I had not realized that they were on a blind date. For that, I apologize.

WTH, I was at this Chinese American lawyers happy hour at The Standard, and was walking around networking with my fellow legal eagles, and suddenly I saw two white dudes standing on the side. I was like, oh, we need to show that we are a inclusive bunch, so I walked over to mingle. They seemed somewhat uneasy. Then we learned that they were here to meet, but they did not seem to know each other... hmmm... we soon put two and two together and realized we were being accidental third and fourth wheels...so I politely looked over to L and suggested that we get another round of drinks and left the love birds in peace. 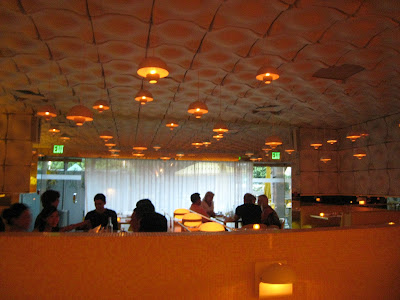 I ordered salmon but got this, goodness evolution is happening fast these days... btw, thanks L for letting me borrow your flash again... I feel I should contribute to your electricity bill. 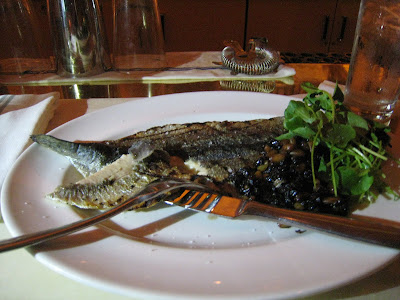 And here is L's roasted beet salad... so pretty. But, where are the beets? 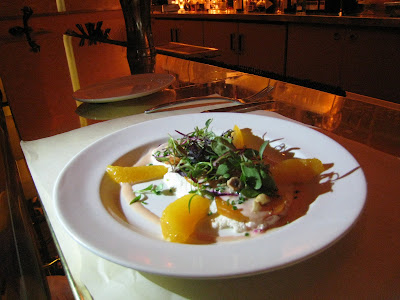 Phew, that was close. This is my frequent patron card at Take a Bao in Century City Mall food court. I love their East/West fusion steaming hot bao sandwiches... but alas, I kind of threw this card in with my business cards, and almost handed it out at the lawyers' happy hour... *BLUSH* But then again, the line between prostitution and being a lawyer is rather fine :-P 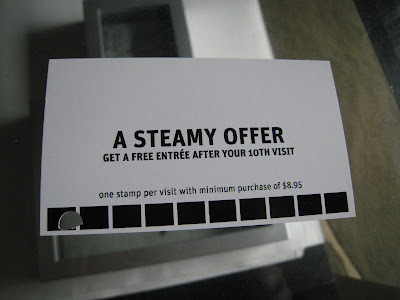 tsk tsk, and this week is Pride Week too, dear Cat!! Please have some respect for people's special time.

Oh, totally forgot, there are golden beets too. thanks for the reminder P :-)

Haha. How appropriate to end this blog with a "Steamy Offer".